Do you want to know more?

Large thunderstorms on Earth can even be spotted easily from space.

A thunderstorm is rain or hail accompanied by thunder and lightning and gusty winds. Thunderstorms usually develop when there is sufficient heating of air near the Earth's surface which rises in a very unstable atmosphere. Thunderstorms are a violent example of atmospheric convection, with uplift and cooling of air, and subsequent cloud formation. As the cloud forms, water vapor changes to liquid and/or frozen cloud particles. This results in a large release of heat that takes over as the principal source of energy for the developing cloud. Once the cloud starts to form by other forces, this release of heat helps keep it growing. The cloud particles grow by colliding and combining with each other, forming rain, snow, and hail. When the droplets become heavy enough to fall against the updraft, precipitation begins, which may be short-lived but very heavy.

Having reached its final stage of growth, the towering cumulonimbus cloud may be several miles wide and often 10,000 meters or more in height. High level winds shear the cloud top into the familiar anvil shape. When the Sun illuminates these cloud towers, they appear as huge White Mountains. When moving several abreast they may form a squall line.

Once precipitation begins the updraft which initiated the cloud's growth weakens and is joined by a downdraft generated by the precipitation. This updraft-downdraft couplet constitutes a single storm "cell". On the ground the updrafts and downdrafts of air are felt as rapid gusts of wind. Most storms are composed of several cells that form, survive for about half an hour, and then die. New cells may replace old ones, and it is possible for some storms to continue for several hours.

Lightning always accompanies the thunderstorm. Lightning arises from a discharge of electrical energy which has built up within the cumulonimbus cloud as a result of repeated separation and splitting of water and ice particles in the turbulent conditions that prevail. Although air is a fairly good insulator, eventually the separation of electric charge becomes so great that the insulation breaks down and a lightning strike results. Lightning discharge may occur entirely within the cumulonimbus cloud or between the cloud and the ground. The lightning strike causes a rapid heating of the surrounding air, resulting in a sudden expansion and contraction of air that is heard as thunder. Close to the lightning strike the thunder may be heard as a short loud crack. Further away, the thunder rumbles or echoes, because sound from different parts of the lightning strike are not all heard at the same time. One can work out how far away the lightning strike was by counting the time taken for the thunder to arrive. A 5 seconds difference is roughly equal to a distance of 1 mile.

In warmer regions of the world thunderstorms can be particularly violent because they contain so much energy, made available from the strong surface heating by the Sun. Such thunderstorms may also be accompanied by tornadoes, rapidly spinning columns or spouts of air. Tornadoes are particularly common in the central United States. 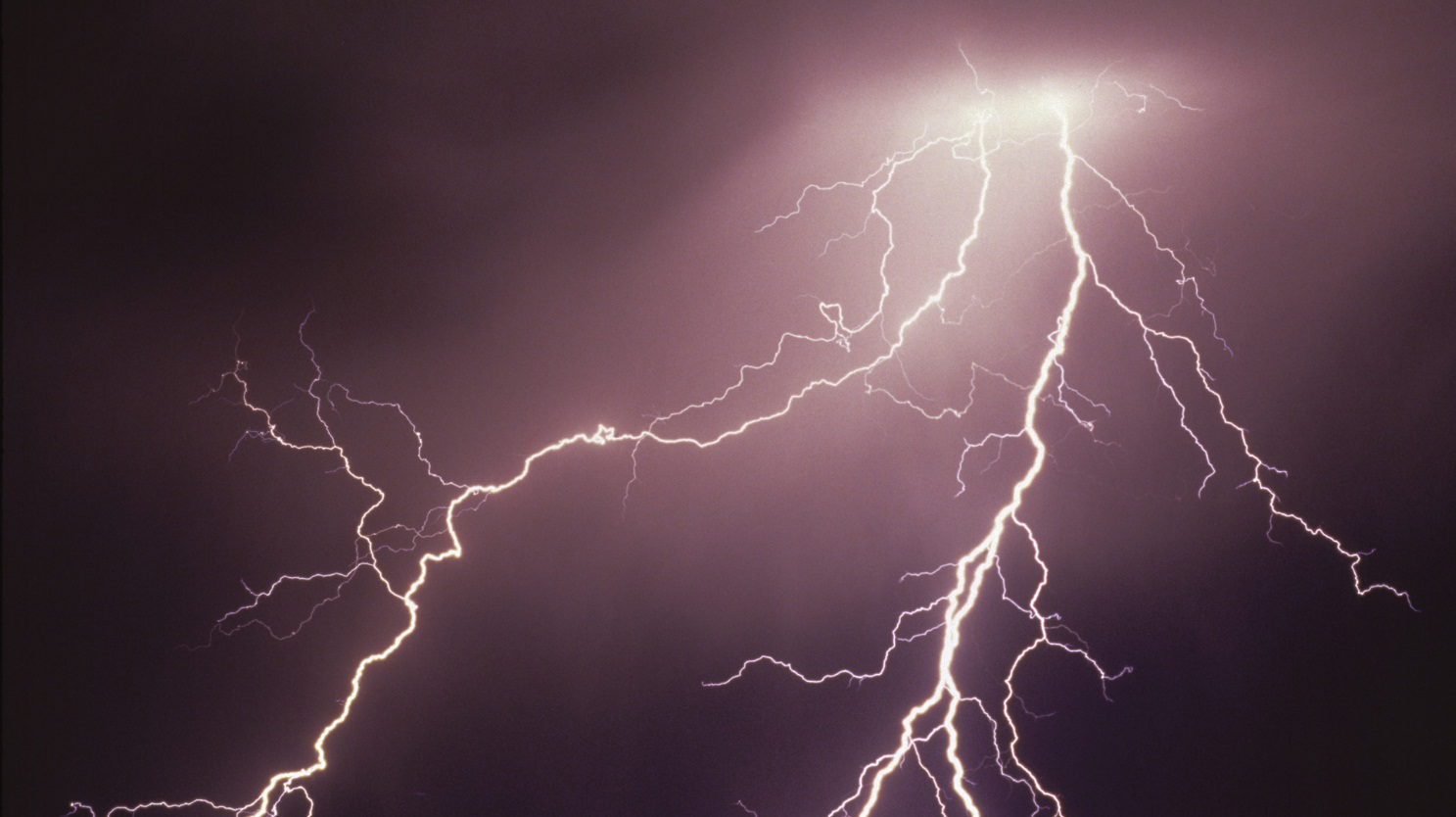